How Much and What Type of Exercise Should You Do?

How Much and What Type of Exercise Should You Do?

There is so much information about exercise out there today that it can be confusing to the average person who just trying to stay fit. Recommendations go back and forth between what type and how much exercise we should be doing. There are obvious benefits to exercise and people who regularly do it can attest to having more energy and just feeling better overall, but what is the best way to spend your time exercising? Let’s take a look at what the research says.

We will start with endurance or long-distance training. This type of exercise is not something I recommend that anyone do very often and looking at the research we will see why. A study presented at the the Canadian Cardiovascular Congress in 2010 showed that there was a 2 to 3 times reduction in cardiovascular risk with regular exercise, however they also found that the intense exercise of a marathon increased cardiac risk seven-fold. That is a pretty significant increased risk from just one marathon!

In another study done in 2011, researchers recruited a group of 100 elderly men who belonged to the 100 Marathon Club. To become a member, you had to have completed a minimum of 100 marathons. Researchers found that half the men, and especially the half that trained the hardest and longest, had significant heart muscle scarring as a result of their training.1 If endurance cardiovascular exercise is the best thing you can do for your heart—like we are often told—then these men should have all had some of the healthiest looking hearts, yet half of them had severe damage to their hearts.

Another study showed that endurance athletes have decrease right ventricle function and elevated markers for heart injury after a long-distance race.2 On top of that more research has shown that endurance runners have more calcified plaque in their arteries compared to non-endurance athletes.3 And lastly research done by Dr. Arthur Siegel, who is director of Internal Medicine at Harvard's McLean Hospital, also found that long-distance running leads to high levels of inflammation that may trigger cardiac events.4

This research on long distance running is not making a strong case for it. However, there is some benefit to endurance exercise. Research shows that it has effects on your brain. It makes you smarter by increasing levels of BDNF,5 and makes you happier,6 more creative,7 and increases your lung capacity.8 Despite these benefits we have seen the trade-off for your heart. The benefits may not be worth the risk.

So, what type of exercise should we do instead? I usually recommend doing a combination of resistance exercise, some sort of stretching or lengthening movement, and burst exercise, or high intensity interval training (HIIT). Let’s get into the benefits of all three.

Resistance exercise is exercise where you are using your muscles against some resistance or force, like weights or exercise bands. Weight lifting is the most popular form of resistance exercise, but it could be as simple as squatting into a chair. Research has shown many, many benefits to resistance training. It has shown that it increases strength and makes nerve signals stronger and travel faster,9 it helps you detoxify by increasing lymphatic flow 300-600%,10 it makes you happier,11 and increases bone density.12

I am also an advocate of some sort of stretching or lengthening movement. This can be yoga, foam rolling, or a general stretching routine. In today’s society, we spend a lot of time being in static sitting positions. Over time this can result in microtears in muscle that result from your body trying to sustain this unnatural position. Eventually these tears will develop into scar tissue, shortening of muscles, and pain. Rolling out tight muscles and stretching should be a daily activity for most people. Yoga is particularly helpful because not only does it lengthen muscles, but it has also been shown to regulate hormones,15 help with depression,16 reduce stress, and stabilize blood sugar.17

So, my recommendations for weekly exercise are, first and foremost, try not to stay too sedentary. Get up from your work station often, or get a standing desk. As far as a workout routine I think resistance exercise or strength training 1-2x/week, burst training 1-2x/week, and daily a stretching routine with maybe 1 other longer yoga or stretching session during the week would be a great setup for a week in week out exercise schedule. 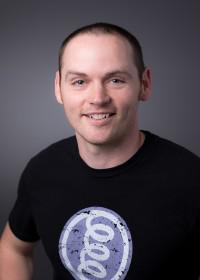